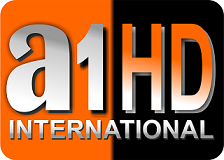 Albanian  music channel Alpha One HD confirmedto soon launch several channels. It is a channel A1 Balkans Espana A1 and A1 World , which should be launched by the end of November, and A1 HD Music and A1 HD News , which will start around the New Year. A1 Balkans will cover themes, music and other content from the former Yugoslavia, A1 Espana will address topics from Spain and the Balkans, or in Spanish, while the A1 World broadcast content from around the world in English. A1 and A1 HD Music News HD will be the only music or news channels.

New channels will initially broadcast via satellite, but will be available via IPTV and cable networks and internet portals, and in some countries via the digital terrestrial network.

Alpha One Video has opened a month ago, correspondence office in Belgrade, and two days ago and Kosovo, in Prizren. It follows the opening of the Sarajevo where they will do the journalists who once worked on TV Alfa Sarajevo.

Alpha One HD was launched in March this year and since August is available through Eutelsat 16A. It can be followed on our website at this link .
Home » Channels TV » A1 Tv Alpha tv new frequencies on eutelsat 16
Prev
Next
Comments