The frequency of Alpha TV Greece Channel on Hot Bird 13B Satellite 13.0 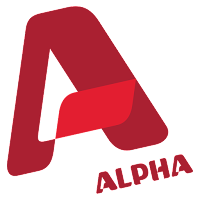 Watch Alpha TV Greece channel on Hot Bird 13B satellite on Position 13.0?E.
The Alpha TV Greece TV Channel is transmitting via satellite from Greece Country in ( Gre) Language, and mostly broadcast General Programs ,and it is straming live via satellite as a Irdeto 2 TV. considering one of Nova Package Channels
The Alpha TV Greece Television Station Frequency has last time Updted on July 12, 2016 . The Channel is Can be Viewed on Europe, North Africa, Asia with a dish, Check The Satellite coverage map and find what size of antenna you need for watching the channel in good condition in your location .