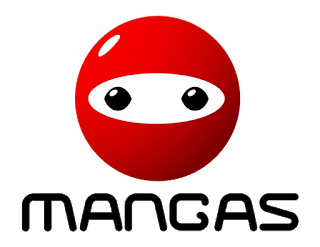 Mangas is a French thematic television channel of AB Groupe devoted to anime ( japanimation ).
AB Cartoons is launched 2 May 1996 as the youth channel of the AB Sat bouquet . It broadcasts classic anime and Japanese anime already broadcast in the Club Dorothée on TF1 . Given the enthusiasm of youth and young adults for this genre, and criticism on violence accompanying these little youth-friendly programs, the channel was renamed Mangas , October 25, 1998 by taking the monthly logo of the same name D. MANGA (former Dorothy Magazine after stopping the issuance of TF1 in 1997 ). The CSA authorizes this change of name on 15 September  . On February 15, 2011, the channel switches to 16/9 format . During the first weeks after the change, the programs at size 4/3 are broadcast in their original format, before being quickly displayed in the format 14/9 .
Watch Mangas channel via satellite live TV on your STB, get the channel for free on your dish via Hot Bird 13C satellite, which is on Position 13.0E.
MANGAS TV : Creation 2 May 1996 Owner AB Group Image Format 16: 9 , 576i and 1080i Language French Country Flag of France la France Status pay The head office 132, Avenue du Président-Wilson Phone: Display number (s) 93213 La Plaine Saint-Denis cedex Former name AB Cartoons (1996-1998)


The Mangas Television Station Frequency has last time Updated on January 4, 2017
The Channel is Can be Viewed in Europe, North Africa, Asia with that antenna dish and area parameters: Hotbird coverage map.