Watch Milan TV channel via satellite live TV on your STB, get the channel for free on your dish via Hot Bird 13C satellite, which is on Position 13.0E.
Milan TV is a television channel theme official dedicated to the football team Italian Milan aired on TV platform Sky Italy to channel 230 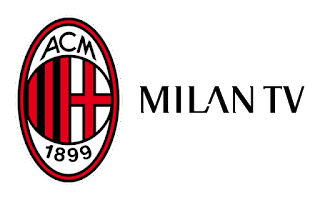 
Born 16 December 1999 to coincide with the hundredth anniversary of the founding of the Rossoneri as Milan Channel, and as an option on the platform TELE + DIGITALE , is the first Italian theme entirely dedicated to a football club channel. Milan Channel is the historical memory of Milan with a library of thousands of hours of games and exclusive images of the universe Rossoneri. In 24 7 day programming hours 7 offers exclusive interviews with the coaches and players of AC Milan, all the matches including the Serie A , Italian Cup and European competitions, all exercises at the Milanello sports center, news, and 2008 also Superleague Formula , where the team participates. On July 31, 2003 Milan Channel, chaired by Riccardo Silva , becomes one of the "Option" channel of the TV platform Sky available at channel 230. From 1 August 2004 Milan Channel is also available on Fastweb , from 18 October 2007 on IPTV Telecom Italy and from 26 November 2007 through the network TV Infostrada ( Wind ). In all three cases, however, you must subscribe to Sky. On 30 March 2007 Milan Channel has announced the creation of its own dedicated channel on YouTube .