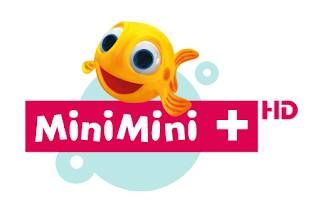 
First get your dish pointed towards Hot Bird 13C which is located on position 13.0E.
In your STB receiver Press Menu in the remote control and select the set up installation option, then look for the satellite named Hot Bird 13Cthen you may choose to scan all satellite and add all channels or you may select add or edit TP to search for specified channels, to add MINIMINI+ HD to your channels list just fill in the following parameters given bellow: Frequency, Polarity, Symbole rate then click search and you will find your Channel within your Hot Bird 13C List channels.


Watch MINIMINI+ HD TV that broadcasts via satellite transmission live streaming on your receiver
The MINIMINI+ HD Television Station Frequency has last time Updated on October 22, 2016
follow and enjoy The Channel where ever you are in Europe, North Africa, Asia and in all countries that Hot Bird 13C covered just using the antenna dish with the parameters explained in the : Hot Bird 13C coverage map.